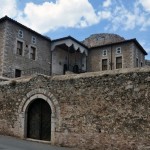 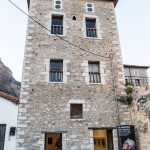 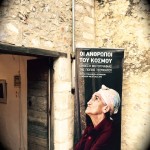 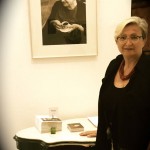 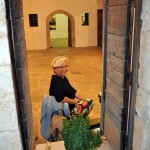 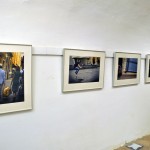 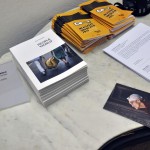 The photographs by Popi Tsoukatou, a heritage of a continuity of time from 2005 to 2010, are the ‘eye’ of her lens as well as of her psyche during her travels to New York, London, Israel, Cuba, Spain, Turkey, Egypt, Germany, Norway, Estonia, Italy, Greece.

The perception of life emanating from her photographs is not divided. It is not categorized into ‘homeland’, ‘class’, ‘religion’, ‘power’, ‘love’. It is transformed into an existence accompanying her own life, along with the others she immortalizes. She therefore becomes simultaneously a ‘performer’ and a ‘viewer’, an impromptu initiate who devoutly records, who condenses the emotion without admonishing.
‘people .world’. We do exist.


Melitzazz festival is a colorful, multi-national gathering of cultures, in the capital of Tsakonia, Leonidio. Invited artists and chefs convey the atmosphere of their places, contributing to the celebration with music, dance, culture and tastes. Scattered events take place in the streets, at squares and in the chateaus of the picturesque traditional village of Leonidio, numerous open stages are set up throughout the city of Leonidio, the streets are transformed into open air bars and street food goes to a new dimension, where music and dances tangle with scents and flavors of local and international gastronomy. The festival is dedicated to the famous PDO Tsakonian eggplant of Leonidio. Leonidio and Tsakonia celebrate, highlighting their rare qualities, the Tsakonian language with its foundations in the Doric dialect, the Tsakonian dance with its roots in the myths of Apollo, the local tradition, hospitality and excellent natural environment. The theme of the festival, inspired by hosted cultures, includes from rebetiko, oriental, flamenco and Serbian brass, to gypsy swing, jazz, Balkan, Cyprus, tarantella, operetta and much more.

MELITZAZZ 2015 UNLOCKED! This year, the festival Melitzazz takes us with it to the longest journey. A journey within us. Within yards, homes, our souls and history.

Unlocking the heavy gates of the mansions and towers of Leonidio, the Melitzazz festival puts us into the intimate world of Tsakonians, the Tsakonian architecture, history and culture. Wonder to the pebbled yards and beneath the stone arches, stroll the stately halls and rooms, admire the elaborate painted ceilings and discover habits and secrets of past times. Feel the glamor and wealth of Tsakonian colonies, but feel the pain of migration in Istanbul, the Black Sea, the Mediterranean, the America and Australia. Travelling to the past of restless and proud people, who are rooted to the Dorians and participated in shaping the history of Greece. Melitzazz travels to the homelands of the Tsakonians around the world, bringing with it original and tweaked music, romantic and furious, from West to East and from America to Lenidio. With folk and local sounds, Balkan and Mediterranean ethnic, classical and progressive jazz, tilting funky soul, DJ sets. With exceptional artists that promise surprises. At the same time, it gives us the keys to enjoy painting and photography exhibitions, tours of the mansions, outdoor cinema with great movies and endless flavors of Tsakonian eggplant through the courtyards and alleys and squares of Leonidio. Also unforgettable moments. Moments of Melitzazz
“Join us to the longest journey.”.

The reinforced, with nails and double iron bars, gate turns us back in 1808, year of Tower ‘s construction by Constantinos Tsikaliotis, he was the scion of the oldest families of Tsakonia.
Forward to visitor’s eyes turrets, arches, loggia, crypts and secret symbols are scattered everywhere. Characteristic type of defensive residence with Byzantine influences, the tower with the big wall becomes impregnable. In the main entrance of the house we can see handmade locks, knockers and ornate rosettes forming number eight, the number of good luck. Inside of the tower lofts, woodcarving pieces and beautiful ceilings, floors with white, gray and black marbles, fireplaces with chimneys one inside the other.

Loft where the candidate brides could see the groom and his family. The young women were serving bitter coffee to the groom if they didn’t like him and sweet if they liked him. It is no coincidence that it has classified as “one of the most beautiful buildings of Ottoman period in the Peloponnese”.