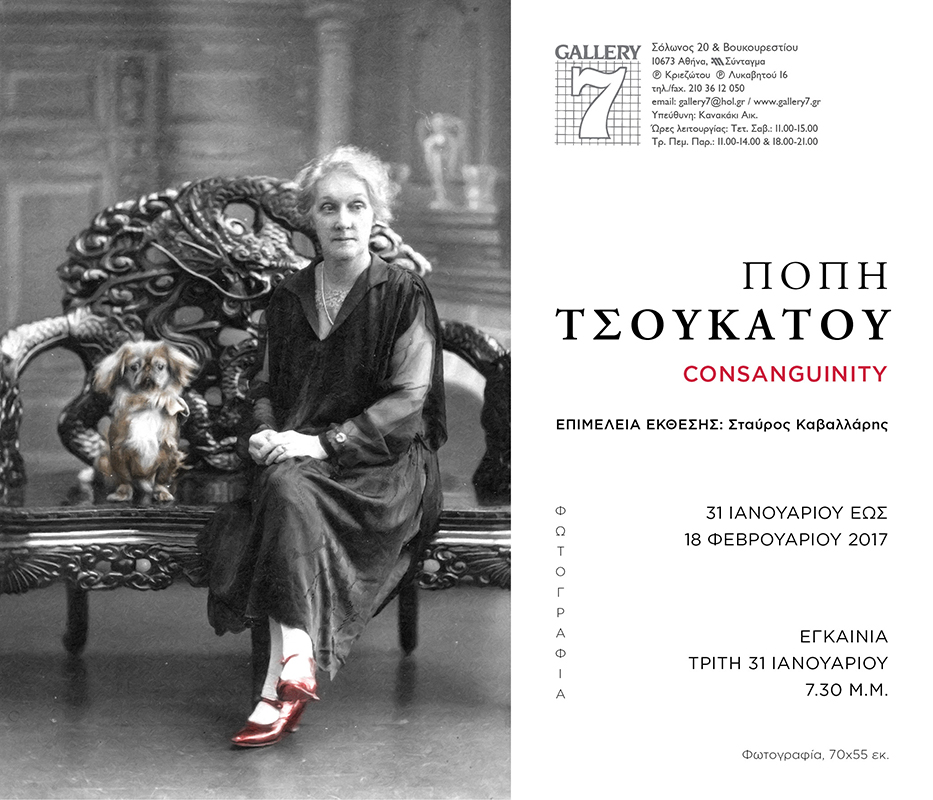 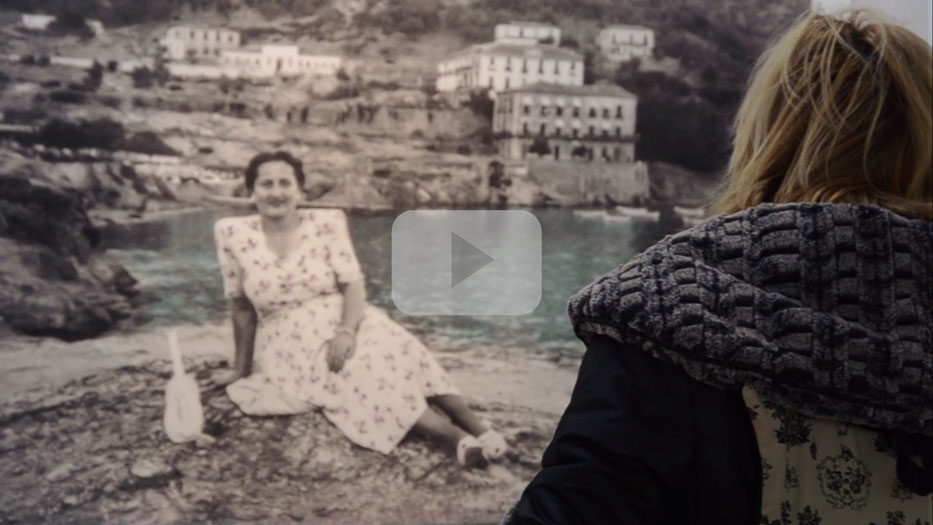 Popi Tsoukatou’s new body of works unfolds the variations in meaning of the Latin word “consanguinity”, which further individuates the title of her current exhibition, either defined on etymological level as blood relationship or metaphorically as an inherent correlation.

Tsoukatou appropriates photographs of both her familial and broader circle, it being either kith and kin or friends of decades past, mainly during the1950s and ‘60s, intervening with color at places in order to create an unabridged memory lane. This way, the references in her works reflect the archetypical ascendancies of descent, upbringing, history, geography, place, caste and personal culture, which invoke the collective memory.

Tsoukatou’s memory lane projects the dynamic of the picture itself which, through appropriation, democratizes the principle and essence of what is regarded as unique. Thus, the ensemble of the intellectual, moral and cultural elements of bygone time which she appropriates contribute, through the historical and ethnological course of specific generations, to the expression of a reality anew, where the personal becomes political.

Even though her works incorporate some aspects of edge, Tsoukatou does not tend to the genre of manners of postwar Greece, but rather to the function of memory as the dynamic of the human deliberation in its totality. It is this very dynamic which, in first-hand relation with time, highlights the closeness between history and memory. The surroundings, the poses of the “protagonists”, the instantanés, the colored interventions in the act of Barthes punctum, animate moments from peoples’ “small” personal stories, which, as a vehicle, transfigure the captured memento to memory and, at the end, to an artistic product.